Web Hosting Terminology. What you need to know by Giganetwebhosting.com 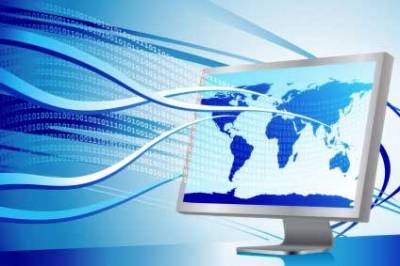 Administrative Contact: The person authorized to communicate with the domain registrar/hosting service on issues relating to the domain name/web site.

Apache: A popular "brand" of Open Source Web server originally created from a set of patches written for another server operating system.

Bandwidth: Usually a measurement to indicate the total amount of data processed by your site. This can include page views, downloads, email and uploads. Bandwidth is usually measured in megabytes or gigabytes.

Billing Contact: The person designated to receive invoices in relation to domain name, hosting services and responsible for ensuring payment of those invoices.

CGI BIN: A folder where common gateway interface (CGI) scripts are stored. As some scripts can create security risks, the CGI BIN is kept outside of the main documents (web page) folders. The CGI-BIN gives the webmaster greater control over access to the applications.

Dedicated IP Address: In traditional shared hosting, each domain shares the IP address of the server that domain is stored on. A dedicated IP address is a unique set of identifying numbers for a web site.

Disk/Server/HD Space: The amount of space provided by a web host for the storage of web pages, files and email accounts. Usually measured in Megabytes or Gigabytes.

Domain Alias: A domain that points to the same website as another. For instance, you could have domain.com with domain.net as an alias to domain.com - that way, people accessing domain.net would see the same contact as those viewing domain.com.

Domain Name: A name that identifies a web site. Domain Names always have 2 or more components, separated by dots. While site names may share a common component, no two sites on the Internet may have the same primary nameandtail extension.

E-Mail Alias: An email forwarding account that allows your to direct email to an alias to another email account while also allowing you to send email under the alias name.

FP (Frontpage) Extensions: FrontPage offers many advanced features, but these features will not function correctly unless the server where your site is stored has the necessary software, or extensions, installed.

FTP: File Transfer Protocol. A protocol for exchanging files with a host computer.

HTML: abbreviation for"HyperText Mark-up Language". The text-based language (which is basically a structure of tags looking like " Text ") used to construct web pages and interpreted by web browsers

HTTP (HyperText Transport Protocol): The most common protocol used on the web for transferring hypertext files.

Internet Protocol (IP) Numbers (IP addresses): A unique set of numbers used to specify systems, whether they be a home computer, a wap enable cell phone or an Internet server.

Mail spooler: a special file on server where all your incoming mail is stored in plain text format

MySQL: MySQL is the world's most popular database server technology. It is robust and flexible and owes it's popularity to the Open Source movement; developers who create base applications and make them, and the source code, available to all at no cost.

Node: Any computer connected to a network

Open Source: Any application code that has been made available to developers to view and modify freely. Examples of Open Source applications are MySQL and PHP

Path: The route through a file system to a particular file.

PHP: A server-side scripting language made popular by the Open Source community.

Primary Server: The dominant name server. This server is queried first before others.

POP: Post Office Protocol, a protocol for fetching mail from a mailserver

Raw Log Files: A simple text file that contains all the requests made to a site and the origin of that request; every web page, image, script etc. request is recorded, along with the IP address of the person/system that requested it. Each requested element is entered on a single line. Log files are invaluable tools for determining traffic and also for tracking problems and security breaches.

Redundant connections: Indicates that a hosting service has more than one main connection to the Internet, ensuring continued service should any single connection fail.

Registrant: Person or company that registers a specific domain name and holds the rights over that name for the registration period.

Script: A compilation of commands that can be automatically executed.

Secondary Server: The name server that acts as a backup for the primary name server in cases of outages or overloading.

SSI (Server Side Includes): Commands that can be embedded in web pages which are then processed by the web server the page is requested. The most common usage of SSI is the inclusion of common menus, headers and footer elements for a page. Using SSI, when the page containing the common element is updated, then all the pages containing the SSI command that calls for that element will display the updated version.

SSL: Secure Sockets Layer. It's a protocol that allows for secure and encrypted transmissions of data form. SSL ensures that data is sent only to the server you intended to send it to, and without it being intercepted and changed along the path. SSL is most commonly used in payment transactions and for securing pages where sensitive data is required. A secure page is usually indicated by a https:// in the address and also by a closed lock on Internet Explorer's status bar.

Subdomain: A way of dividing a primary domain into specific sections and creating separate sites. For example:

T-1: A connection capable of carrying data at 1.5 megabytes per second.

T-3: A connection capable of carrying data at over 5 megabytes per-second.

Telnet: A terminal protocol that runs on top of the TCP/IP protocol that allows for users to log into other computers via a command line interface. SSH is a secure version of Telnet.

UNIX is an operating system. The job of an operating system is to co-ordinate the various components of a computer -- the processor, the memory, disk drives, keyboards,network equipment monitors, etc. to perform tasks in the proper way - it is the master controller.

We run FreeBSD; derived from BSD, the version of UNIX developed at the University of California, Berkeley.

URL (Uniform Resource Locator): The full unique address of any site/file on the the World Wide Web (WWW). Think of it as a unique address for each of your files in your web site. A URL looks like this:

Whois: The command/application to access searchable databases of domain names maintained by domain registrars. These databases contain information on the registrants and networks associated with a particular name. 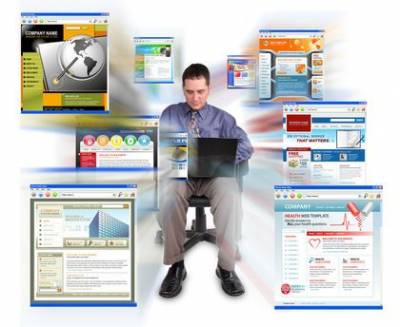 How to move your web site from any other web hosting provider to giganetwebhosting.com web hosting with NO OR MINIMAL DOWNTIME.
Web Hosting
0 comment(s) 5279 hits Read More

posted by Giganetwebhosting support dpt on 22 May 2013 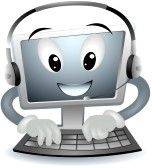 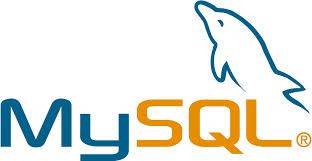 How to move your MySQL database from any other web hosting provider to your new site with us.
Web Hosting
0 comment(s) 4176 hits Read More 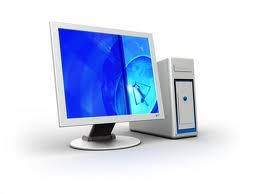 We are in Web Hosting business since 1997 and we know your needs, we do our best for customer satisfaction. Giganetwebhosting.com offers a 'No Questions Asked' Anytime money back guarantee with all unlimited web hosting plans. If you decide to cancel your account at anytime Giganet web hosting will refund you for the remainder of your term, excluding domain registration fees, for which we incur a cost. It's like a warranty that never expires! Your satisfaction is our top priority, and we're confident that you'll be pleased with our services. Best web hosting risk free !

Our servers have special security applications that ensure a secure and reliable hosting environment. Our 24/7 network monitoring ensures that, if an issue does arise, we address it immediately. We provide many additional services and modifications to the default Operating System and control panel installation which greatly enhances the security, reliability, and compatibility of our servers and softwareand offer best web hosting solutions available to our clients. Secure and safe unlimited web hosting, Vps hosting and dedicated servers hosting.

We offer you a price guarantee for any future account renewals. We guarantee that your renewal price will be the same or less for all unlimited web hosting plans. Don't fall for the high discount bargains which are offered by most hosting providers. Read the fine print and note that the initial discounted price is usually 50-90% lower than the standard price at which you will be FORCED to renew! Cheap web hosting and best web hosting combined !
The only place for affordable hosting with top hosting services.